Prologue by Charles A. Gardner

As the weekend began, the two killers returned to the top tier of Cell Block A, finished with Friday’s work in the prison tailor shops.

But instead of joining the other inmates for evening recreation, they stayed behind in their cells. This didn’t attract much notice; both were in the habit of skipping recreation. In fact, it had been months since either of them had joined in the card games or clustered around one of the TVs down on the block’s first level.
Like most nights, they were busy, taking advantage of their neighbors’ absence for a few hours. But tonight was different. Tonight it was time to pack.
In cell A-6-23, the balding blond 34-year-old cop-killer was stuffing clothing, a pair of hiking boots and a stash of food into a cloth guitar case. Next door, in A-6-22, the burly 48-year-old double murderer—the jailhouse artist the other inmates called “Hacksaw”—was loading up a backpack he’d stitched together from stolen fabric on one of the prison’s sewing machines. He had a new pair of boots, too, which he set on the floor along with his backpack.
By a quarter to 10, they were done, and the packed bags tucked out of sight. That’s when the other inmates filed past on the way back to their own cells.
Instead of eating earlier in Clinton prison’s mess hall, they waited until after recreation and prepared their own suppers in their cells. This wasn’t unusual, either. Tonight’s dinner was chicken and salad, and plenty of it. Enough to share with the guy in A-6-21. The same guy that Hacksaw had presented with a TV set just that morning. A guy who now had more than one reason to be grateful to his neighbor. And, along with his neighbor’s morbid but well-deserved nickname, another reason to keep his mouth shut about anything he might hear going on next door that night.
When 11 o’clock arrived, the cop-killer in A-6-23 laughed to himself. He didn’t like the guard who would be making the midnight-shift count; he was one of those sticklers who wouldn’t let the little things slide. He’d shine a flashlight into each cell and make each man show himself, instead of just taking for granted that somebody was under every pile of blankets. But before tonight’s guard shift was over, the inmate assured himself, that uniformed prick would finally get his. And hard.

Charles A. Gardner is a municipal court judge and retired Corrections regional training lieutenant in Malone, New York, the far-upstate town where he was born and raised. His twenty-five-year career in New York State Department of Corrections included working as a correction officer, sergeant, and lieutenant. He had experience working in medium and maximum-security facilities including stints at Clinton Correctional Facility in Dannemora and the maximum-security prisons of Sing-Sing, Bedford Hills, Great Meadow, and Upstate. Gardner served on the Department of Corrections’ emergency response team (CERT), which played a critical role in the search for the 2015 prison escapees. He lives in the North Country. 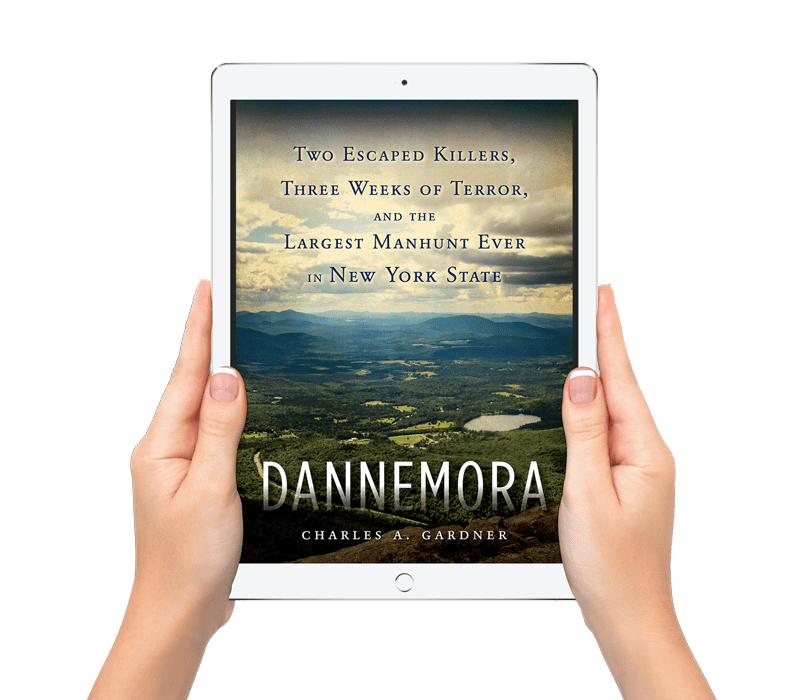